This tiny wrench came with the JUST RIGHT chandelier that I found for our dining nook, it was to replace the ceiling fan that was there when we moved in (gross!).  It gave my friend Caitlin and I serious giggles to be working with this tiny tool – it just seemed ridiculous.

Are You Equipped For The Task?

How often does God call us to do a task and we feel unequipped, like a ridiculous tiny wrench trying to put together a big chandelier? In Hebrews 13:21 it says “He will equip you with everything good for doing His will, and may He work in us what is pleasing to Him, through Jesus Christ, to whom be glory for ever and ever. Amen.”

God has asked me to take on tasks which I felt I was not prepared for, inadequate to fulfill. I knew without Him I would fail. I would ask Him for courage, strength, understanding, knowledge, an absence of fear to be able to do what He called me to do. But I realized in actuality I was going to complete the task on His strength, with the tools – courage, knowledge, no fear – He has given me.

God equipped Moses with Aaron (an unlikely tool) when Moses was not confident in his speech (Exodus 4:10). God gave Esther courage when she had to go before the king and speak for her people. Jesus gave his disciples a great amount of knowledge to be fishers of men.

Since starting over on my own I have taken on tasks that I have never done before, things I’ve never dealt with, and faced challenges that made me want to ask God to send an Aaron my way!

Finding The Chandelier That Is Just Right

One of those things was to buy and install a chandelier for over the dining table in our farmhouse cottage. Three factors came into play when making the decision to find the chandelier that would be just right.

The Search for The Just Right Farmhouse Chandelier

I tend to second guess my decisions and looking at chandeliers online was nerve-wracking! I felt like Goldilocks –

You are equipped to do the task!

In Philippians 2:13 Paul writes “for it is God who works in you to will and to act in order to fulfill His good purpose.” Remember whatever task God has laid before you He will be with you in ALL THE THINGS to fulfill it. He will give you the tools, the courage, the people to surround you and help you – He will equip you to do the task, whether it’s light fixtures or something else, He has laid out before you. 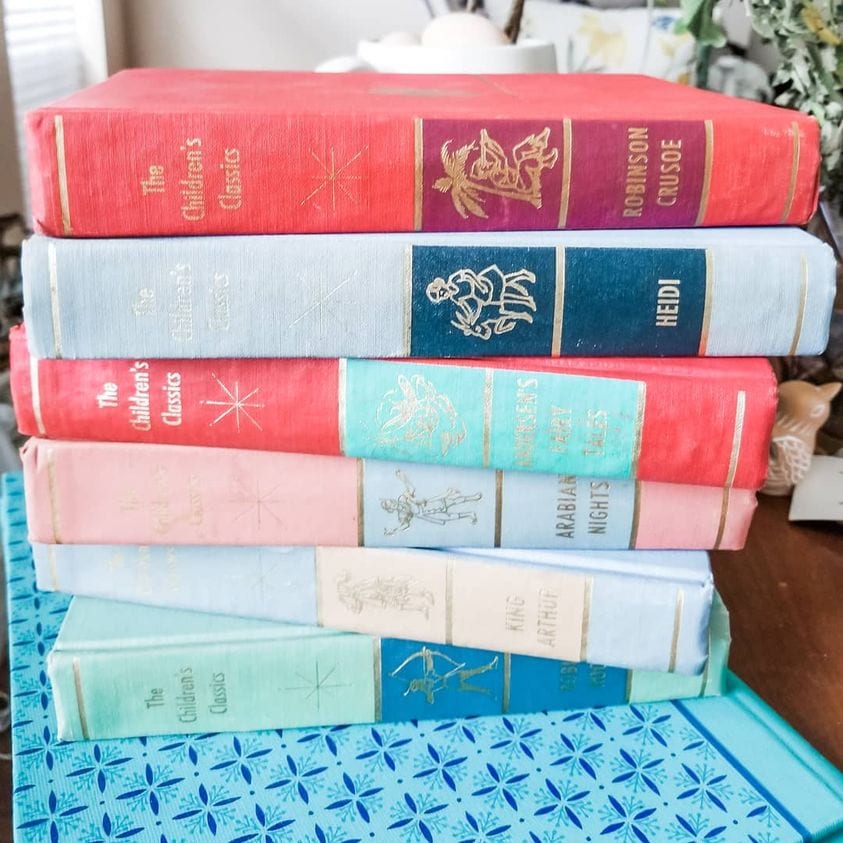 I just want you to know I’m singing “I Use Books In All My Decorating” in my best Gaston voice like when he sings “I use antlers in all my decorating” and from here on out I think we should all do that. The pirate stance with a sweeping arm gesture when you’ve created a… 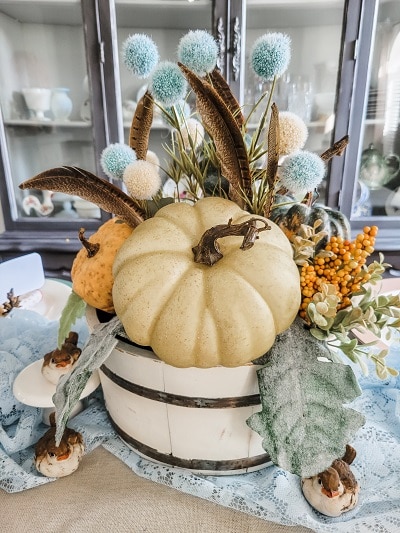 This is a list of your favorites, the most read posts of 2021. When I ran the numbers I was surprised but not too surprised to see what were favorites! Because they were favorites of mine too! In no particular order … Favorite 1 – Frame Makeover and Repurpose Leave no ugly frames behind! Learn… 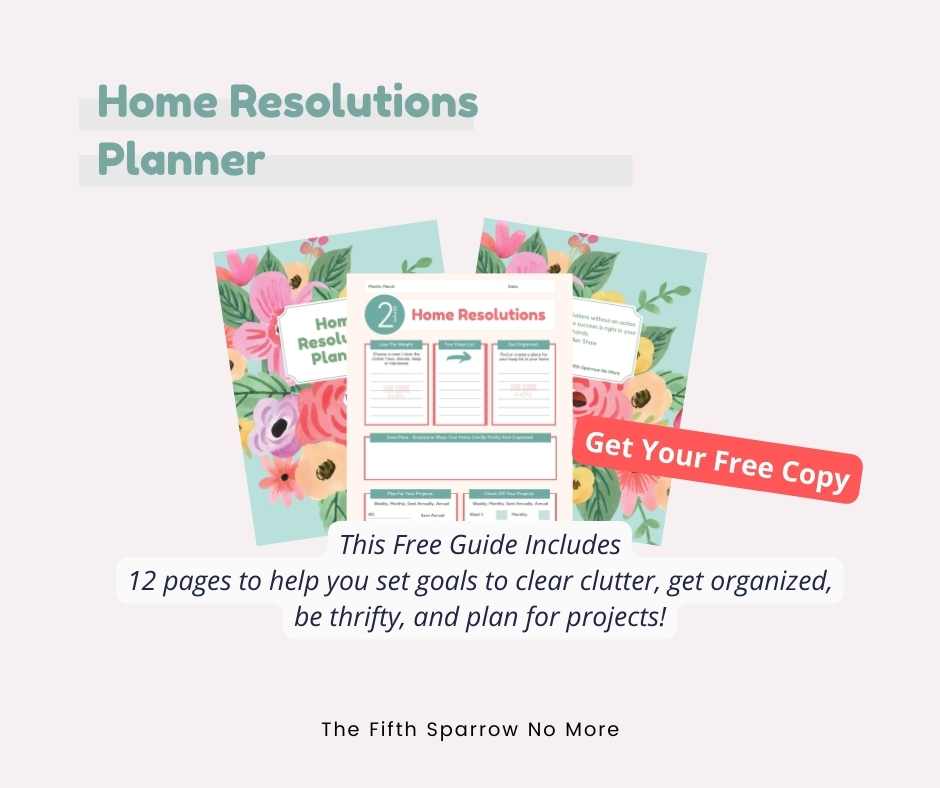 How do you begin to make New Year’s resolutions for your home? Start with this free printable that helps you clear clutter, be thrifty, get organized and schedule home projects throughout the year. I’ll be honest my new year resolutions for myself are very simple. What are your new year’s resolutions? Are they for your… 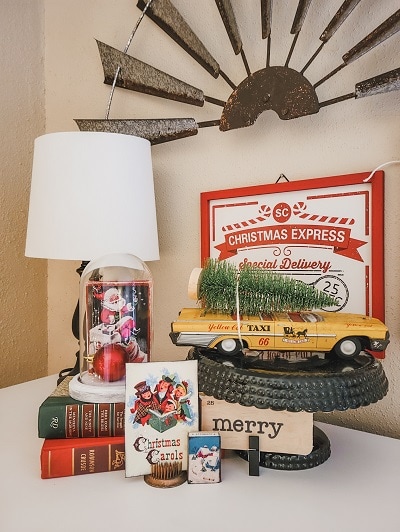 Decorating for a vintage farmhouse Christmas look in your home is a fun and colorful way to bring country and antique pieces into your Christmas theme. I chose to do this in my guest room with bright colors. The traditional red and green of course, but I brought in yellow and a buffalo plaid in… 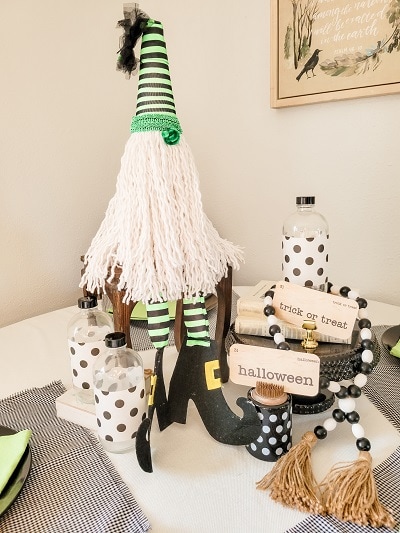 I have a better use for a mop and bucket than cleaning something! Make an adorable no sew Halloween gnome. This gnome DIY uses supplies from the Dollar Tree and can be done in less time than it takes to watch any of Hallmark’s Fall Harvest Movies! The new fall movies started August 6th, not…

A new purpose was found for an old, sad and dusty magazine rack found in the corner of a thrift store we visited. And I’m thankful the dust and dirt was free with purchase because there was so much of it!! Here she is, right off the showroom floor. Let’s make her a fifth sparrow… 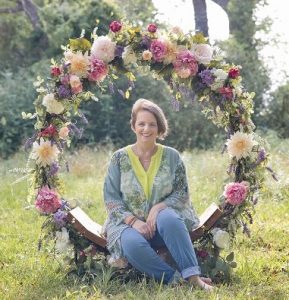 I’m Kristin, CEO aka Creative & Energetic Owner of The Fifth Sparrow No More. I’m so happy that you’re here! I want you to be able to find the beautiful in yourself and in your home. We will do that through learning what God says about us and decorating and DIYing in thrifty and purposeful ways.